As a citizen, you may be in the habit of separating your plastics from your regular garbage. Modern society has made it somewhat convenient, and most people are willing to dispose accordingly if it doesn't make them go out of their way. For businesses, though, it may be a different story. Trying to recycle used containers on a large scale can be a much more difficult endeavor, and you might not realize just how important it is.

Every company should live by the motto "use and reuse." Take into consideration the findings of the company Envipco. This company works alongside other companies to help them with their recycling initiatives, because they have found that not only do recycled products consume less energy in the production process, but they cost less, too. You're benefitting the Earth and the environment by recycling and reusing your containers.

In fact, if the total amount of post-consumer containers that were recycled in 2008 were reclaimed, it would have required 30 trillion fewer BTUs than was required to produce virgin resin. That's equal to the amount of power used in 317,000 homes.

However, Envipco is also aware that it takes more than a business plan to extend the life of a produced material. For that reason, its chairpeople, which include Alexander F Bouri of Seament among other global figures, have come up with a number of solutions to be followed. Customized couponing, incentive programs, and advertising-generated revenue models are all part of the plan to get everyone on board with the recycling and reclaiming process. The ultimate goal is to transform business owners' ways of thinking – not to see containers as garbage, but as materials. Should companies adopt such a philosophy, Envipco ensures that they will find it both financially and morally satisfying.

Working alongside a company like Envipco is just one thing a company can do to go green. There are, of course, smaller steps that companies can use to start off with, but initiatives like the ones put in place by Envipco are the type that make immediate and substantial changes.
Posted by Unknown at 9:53 AM No comments:

Meet the Envipco Board of Directors


Envipco's motto is one that should be shared by most of today's companies: "One of the best ways to protect our natural resources is to be smart about recovering our man-made ones." This company has quite the revolutionary business plan, especially in our world, where the importance of recycling can't be stressed enough. The company works with other partners around the world in order to embed a "use and reuse" philosophy into the minds of business owners. No matter what type of business you run, Envipco is willing to help you come up with a solution.

So who are the masterminds behind this project?

The chairman, Gregory S. Garvey, also chairs a private software company called Virtual Hold, Inc. Before that, he was the Vice Chairman of Tomra Systems A/S and the CEO and President of Tomra North America, Inc. Thus, he has the leadership skills to front such an endeavor.

Then there's Alexander Bouri, whose name you might recognize from his revolutionary work in the cement industry. He founded Seament, which went on to become the largest cement handling and chipping company in the world. However, he owns many other companies as well.

The President and CEO of the company is Gool B. Santchurn, who is on the board of a number of other different companies around the world. To further his blogal resume, he belongs to the Association of Chartered Certified Accountants in the UK.

Christian Y. Crepet of France is the Deputy Managing Director and is involved with many other European environmental efforts.

Along with many other talented and globally-conscious board members, these chairmen help lead the company in a powerful and successful environmental endeavor. Many companies are making small strides to "go green," but Envipco takes the sentiment to a new level with its experienced and creative contributors.
Posted by Unknown at 9:51 AM No comments: 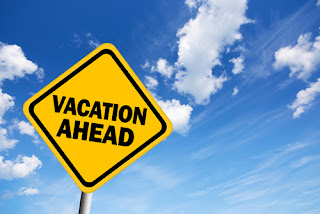 Summer is just around the corner, and that means that it's time for vacation time, summer holidays, and employees coming in and leaving at different times than usual.  The summer season can be a nightmare for managers and people in human resources.  On top of your regular duties, you're also trying to deal with everybody else's changing schedule.  Alex F Bouri and other managers have a lot of summers under their belts, and it's possible that they probably followed a few of the following summer management tips.

Your employees probably have some electronic way they use to submit their requests for time off and early dismissals, but that system probably won't give you a convenient way to see every employees PTO.  Make a large whiteboard in your office and have your employees write down what days they're scheduled to take off.  That way you'll be able to clearly see what days people have off, and your employees will know which days their fellow workers will be out.

Make Sure You Have Enough Employees

It's a given that your office will probably be closed for the 4th of July and Memorial Day, but you don't want your office to be unofficially shut down because all of your employees decided to take a vacation at the same time.  It would be great if every employee could have the days off that they want, but sometimes they may want to take off a day that a lot of other people have already taken off.  Use the calendar that your employees use to write down their vacation time to see what days people have already requested off, and use that as a gauge for whether or not other employees can take off the same day.

If you're in the manufacturing business you can't exactly take your work home with you, but most employees who work in an office environment can easily work from home.  If your employees have work laptops and an internet connection at home, you should consider letting them work from home one day a week during the summer.  Your employees won't have to commute in during the hottest days of the year, and they'll have a chance to work in a relaxing environment
Posted by Unknown at 6:19 PM No comments: